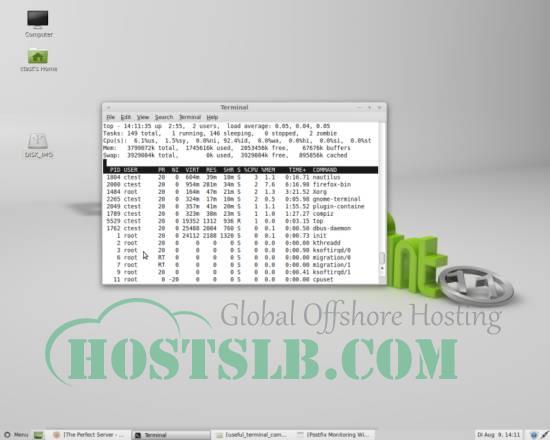 This tutorial is supposed to show useful terminal commands to people
who are new to Linux.

Terminal commands are powerful tools if they are used correctly, but
can cause great damage if you are not completely aware of what you are
doing. Before using commands that are new to you, look up the manual
page and make sure you have your files saved and backed up.

This tutorial comes without guarantee of any kind.

You will then be asked for your password. Type it in (the letters
are invisible) and hit Enter.
When logged in to root, the font color of the command line will change
from green to red. You will need to be extremely cautious performing
commands in this mode since you have no restrictions set by the system.
Make sure you know exactly what you are doing and have backups of your
files made. To quit root status, just type in

Instead of keeping root active the whole session, you can also use
it for single actions only by placing sudo
in front of the command, e.g. like this:

You will also once be asked to type in your password using this
method.
if(typeof __ez_fad_position != ‘undefined’){__ez_fad_position(‘div-gpt-ad-howtoforge_com-medrectangle-4-0’)};

Instead of using package or software manager to manage your
software, as always, you can do that by using Terminal.
To do that you must be logged in as root user, accomlish that by using
the commands from the previous step. I am going to show you how to
install and uninstall software by the example of the Stellarium app. After you have logged in to
root, use the apt-get command to install
the app:

If you prefer not to be logged in as root, just put a sudo in front of the command:

Type in your password to perform the command. After you are done
with the app, uninstall it by replacing the install
option within the command with remove.

The apt-get command has a lot more
options to choose from, which I will not explain here. For more
information just open its manual page. To see how, see the end of the
tutorial.

Former Microsoft Windows users might miss the task-manager
structure in Linux, in case any application just won’t continue working
or some other fatal error appears, but for that case Linux Mint has its
own terminal commands. To print a snapshot of running processes, enter

and replace [username] with the name of
the user you want a snapshot of the processes of. If you want a dynamic
view of running processes, use the top
command instead: When using one of the above commands to view the running processes,
you should have noticed the number in the first column, titled PID.
This is the ID you need when you want to remove one of those processes.
Should one them stop working due to misfunction or anything else, you
may want to force close the process. The command you use for that is
called kill. The most common uses are just
the command followed by the PID (replace [PID] with a given four-digit
number):

or place a 9 in between kill and the
PID
parameter to force kill a process. Be careful using this option though
since killing important system processes might cause it to crash.

Please notice that processes do not have the same PID everytime they
are run. Always doublecheck if you got the right PID before you
actually kill or even force kill a process.

Another useful command is time.
Followed by another command, it shows you how much time the command the
follows actually needs to be run. To shut down or reboot your system, there is the shutdown
command. You can just perform instant shutdowns with it or set a
specific time in multiple formats for when to do so. This can be used
as sort of a time controller for your computer to automatically power
off when you want it to.

[hh:mm] is one of the possible formats
to describe a time. View the manual page for more. You can enter a
message instead of [message] which will
then be shown shortly before shutdown. If you want a reboot after the
shutdown, just put a -r option between
shutdown and time.