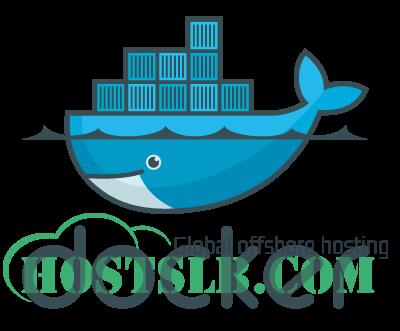 The Docker, new container-based virtualization tech startup has started it’s venture to the server virtualization industry by offering their newest version of the software, the Docker 0.8. The company has been known for their production of a faster alternative when it comes to running virtual machines over that of hypervisors. For the benefit of those who are not that familiar with this technology’s concept, ‘Docker’ is an application container that offers a way to package as well as compact an application in a virtual container, thereby allowing the running across all different Linux distributions.

Pioneered by Hykes, Docker was first introduced in March 2013 as an internal application for PaaS company dotCloud.

Because of its innovative nature, the application has attracted and generated a lot of interest from its target market, thereby pushing the company to even re-brand it from dotCloud in to Docker Inc. Later in the process, the software has gained US$15 million in venture capital investment from its Greylock Partners.

Although the basic idea of this application is to be PaaS-centric, the company has seen the need to transform it into a platform and has now been downloaded for over 400,000 times by a lot of different companies and organizations from the IT industry and offered by giants like Google Compute Engine (GCE) as well as the Red Hat for the beta version of their distribution.

Just like the virtual machines concept, a container is designed in order to hold an application thereby relieving the developer from worrying about setting up the underlying system software. I’m aware that’s not much of an argument as VM’s can be cloned, in like, 2 seconds time.

However, unlike full virtual machines, Docker containers do not include a fully-blown OS but instead, it shares the OS with the host.

In this set up, containers can be way faster as well as less resource-hungry as compared to hypervisor-based virtualization technoloigies we have today.
Moreover, when compared to a virtual machine, containers can be simply launched and initiated in matter of seconds.eval(ez_write_tag([[580,400],’howtoforge_com-medrectangle-4′,’ezslot_1′,108,’0′,’0′]));

For the Docker technology, it is estimated that contained application can run about two times faster than those running in traditional virtual machine; more containers can also be packaged into a single server since the OS is not doubled for each application that is present in the system.

Additional edge of this new virtualization technology is that it is based on simplicity and it offers an API which administrators can make use of in order to weave images into a bigger scripted workflow.

This new technology is primarily manufactured in order to cater and accommodate enterprise-based utilization by different companies. According to Docker mastermind, Solomon Hykes, such recent invention is made in order to release features that evolve the backseat to quality.

Docker team realizes and acknowledges the fact that some companies that are using it are looking forward to putting the software into mission critical roles, which is why they are ensuring to make it in a much higher quality and more comprehensive as much as possible.

It is of the company’s knowledge that the concept of containers among their customers has encouraged them to embrace a lot of abilities and potentials to run lightweight portable applications that often have low overhead and are easily scaled and movable across cloud and even physical infrastructures. TT

More of the improvements in the recent version, the 0.8, have been focused on making the software faster in such a way that containers as well as images can be deleted from a system in a quicker manner. Furthermore, it is also observed that the daemon begins and stops faster so as with building sources images. Added is the caching layer, being the most requested feature that can eliminate the necessity to upload the image from a disk again when it has not been modified.

Having a smaller memory footprint and the ability to make a bigger number of containers as well as the elimination of many race conditions also made the new version of this cutting-edge software more stable.

Although the system is primarily crafted to run on Linux, it is now being reconfigured as a plug-in infrastructure thereby allowing it to operate on other platforms including Windows expanding it’s coverage when it comes to making others experience its full features. For the first time, this software was also crafted to support experimental BTRFS.

With the incredible and highly significant interest posed by their clients, Docker is planning on updating the software once a month, with their next release of 0.9 version.

Additionally, the company is also looking forward to a full production-ready v1, which is planned to be released on April. And to further ensure that their product is being state-of-the-art, Docker is also reviewing and investigating various mechanisms in order to commercialize the open source technology under the Apache license thus fund future development.

They are also planning on developing the services for signing images, indexing as well as making private registries for the images. The company will also provide commercial support.