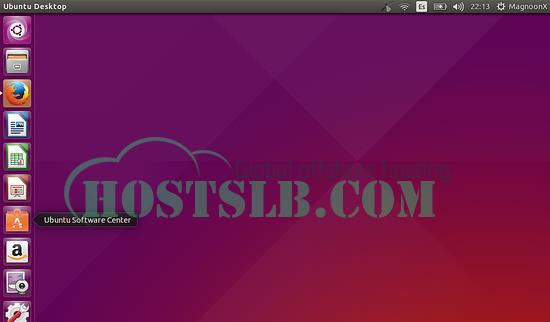 The main motivation for installing voice command and speech recognition software is to aid in the management of the operating system, in this case, Ubuntu 15.04. For many people with disabilities is also very useful to use the voice as the main enforcer when it comes to the operating system, ie, whether the disabilities were are motor or even visual, software commands via voice is the perfect solution.

For earlier versions of Ubuntu are software such as Voice-Command, Google2Ubuntu, and other software. The voice recognition software is generally based on probabilistic routines that are based on the Hidden Markov Models (HMM or by its acronym in English). In this tutorial we will try the software Simon n 0.4.1 in the online version, developed and maintained by the nonprofit organization Simon Listens eV in cooperation with Cyber-Byte EDV Services based in KDE platform.if(typeof __ez_fad_position != ‘undefined’){__ez_fad_position(‘div-gpt-ad-howtoforge_com-medrectangle-3-0’)};

This kind of software must be configured or customized practically from zero and Simon, in particular, has the possibility of using scenarios which greatly facilitate the process of initiation into such programs. Simon also offers the opportunity to train itself through voice commands, to be discussed in another tutorial from this series.

The first thing we will do is to proceed to Installing the software Simon from the Software Center icon in Ubuntu 15.04 which you can find in the left sidebar of your desktop. Open the Software Center and type the name of the software, in this case, Simon. The size in MB of Simon is approximately 130 MB. Wait for download and once downloaded and installed an icon is placed in the left sidebar with the figure of a satellite, as shown in the figure. Open the software Simon and the first window you’ll find is the next:if(typeof __ez_fad_position != ‘undefined’){__ez_fad_position(‘div-gpt-ad-howtoforge_com-medrectangle-4-0’)}; For a quick setup must click on the Manage Scenarios button will display the following window: We should choose the scenario of our preference in order to control some features inside Ubuntu with our voices, for example, control the behavior of Mozilla Firefox or control Simon for itself. The scenario is free of choosing and we can add many scenarios as we want. Once installed the scenario we should train these as we want the behavior of our PC. The training window will open if we click on the corresponding button. We have to click before on the scenario we want to train. The training process is an easy wizard which will guide you to an effective training of your scenario as we could observe in the next images: The training process for Simon is necessary because there is where the use and recognition of our own voice is defined. In the wizard will indicate to us what are the commands that the program understands. However, we can add words or phrases and train with our own voice. As stated in the beginning, the software Simon is quite versatile and useful, especially for people with reduced vision or even motor skills, also for people that during their day jobs need to have both hands busy in other activities while using the ubuntu operating system.

After the training process, we should activate the Simon software and it will remain resident in memory and running in the background, ready for our voice commands.