How To Recover Data From An Encrypted Harddisk On Boot Failure With Ubuntu 14.04

Home / How To Recover Data From An Encrypted Harddisk On Boot Failure With Ubuntu 14.04 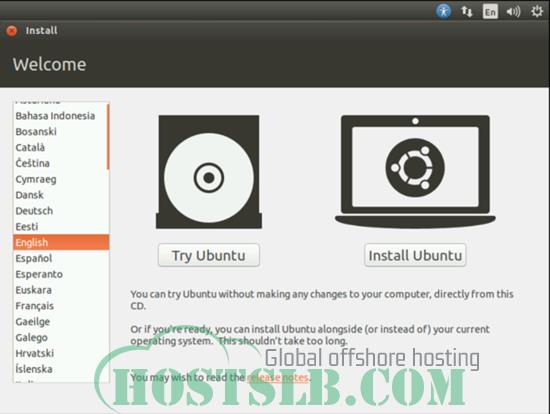 This document describes how to recover an encrypted harddisk in a failed boot device for Ubuntu 14.04 Server. This method will work for Ubuntu Desktop also. This is a very havoc situation when the distro fails to boot and we have our important data inside the distro. If the harddisk is not encrypted then we can easily retrieve our data with the help of live-cds or live-USB boot devices, but if the harddisk was encrypted then situation becomes little hectic. I will cover the topic for encrypted harddisk data retrieval from Ubuntu distros.eval(ez_write_tag([[580,400],’howtoforge_com-medrectangle-3′,’ezslot_2′,121,’0′,’0′]));

I do not issue any guarantee that this will work for you!

Suppose you have a working Ubuntu Server 14.04 with some website hosting and other data in the Ubuntu Server, any how the system fails to boot and your data is critical and you want it to get recover the data back so that you can get the setup in working condition again. In my case I have Ubuntu 14.04 with some data at /root as shown below, it is just an example your data content may vary according to your usage.

And the folder size in my case was 787Mb:

Suppose my device encounter in a non booting situation and I am very much consistent for the data in folder /root, I will boot the device with a live USB/CD of Ubuntu 14.04 Desktop from this iso http://releases.ubuntu.com/14.04.1/ubuntu-14.04.1-desktop-amd64.iso.

Next we need to make its either CD/USB bootable device. Now we will boot the failed Ubuntu server 14.04 with the CD/USB device, Proceed to boot it from the bootable device as follows: You will get the window as shown above for the default desktop, now open the terminal and get into the root terminal as follows:

Now we need to install cryptsetup as it is responsible for encryption/decryption of data. As we have booted the machine in Ubuntu 14.04 desktop so might be in your case it would be pre-installed, if not then install it as: So we have /dev/sda5 available as encrypted drive, now we need it to mount it as follows: You can use any arbitrary value, as in my case I am using unlock. Further it will ask for passphrase which was the encryption password for the harddisk, in my case it was howtoforge: After putting the password it will get decrypted, now we need to mount the drive as follows:

In my case there was lvm configured at /dev/mapper/server1–vg-root, you can check yours in the directory /dev/mapper. After successful mounting you can see the contents as before in the drive /mnt/root It is the same data as before the boot failure. Now you can either use scp or usb copy for the data and you have successfully recovered your data.