How to Setup Puppet Master and Agent on CentOS 8Puppet is an open-source configuration management tool and server automation framework. Puppet can run on Unix-like operating systems, as well as on the Microsoft Windows systems. It allows you to manage and perform administrative tasks and the configuration of hundreds of systems from one master server.In this tutorial, I will you how to install Puppet on CentOS 8. I will install and configure a CentOS 8 server as a puppet ‘master’, and the other one as an ‘agent’.Prerequisites2 or more CentOS 8 ServerRoot privilegesWhat we will do:Puppet Pre-In

How to Install Teamspeak 3 Server on CentOS 8TeamSpeak is a cross-platform voice server or VOIP application for real-time voice chat over the internet. TeamSpeak is lightweight and uses a very low amount of bandwidth and capable of handling thousands of simultaneous users. It is commonly used for gaming, education, training and chat with friends and family. TeamSpeak is absolutely free of charge. You just need to download and set up your own server and use the clients as per your need.In this tutorial, we will show you how to install and setup TeamSpeak server on CentOS 8 server.PrerequisitesA 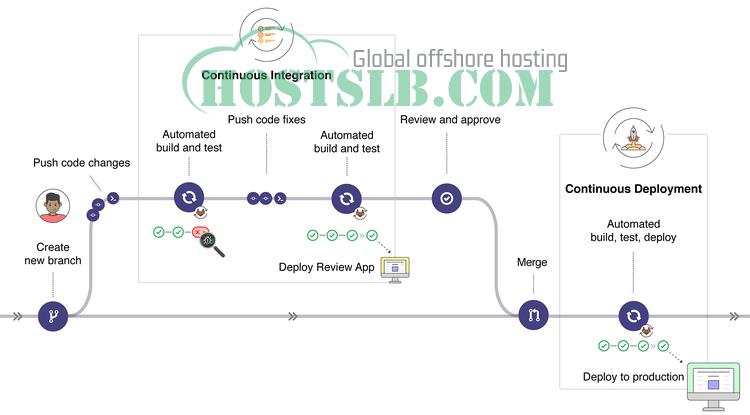 How to set up Gitlab for Continuous Integration and Deployment on CentOSIn this tutorial I will explain how to set up a local Gitlab Server for CI (Continuos Integration) / CD (Continous Deployment) operation. Like anyone who doesn’t know it yet, GitLab is a complete DevOps platform delivered as a single application. From project planning and source code management through CI/CD to monitoring and security. It allows teams to collaborate and work in a single conversation instead of managing multiple threads across multiple tools. By providing a single data repository, user interface, and author 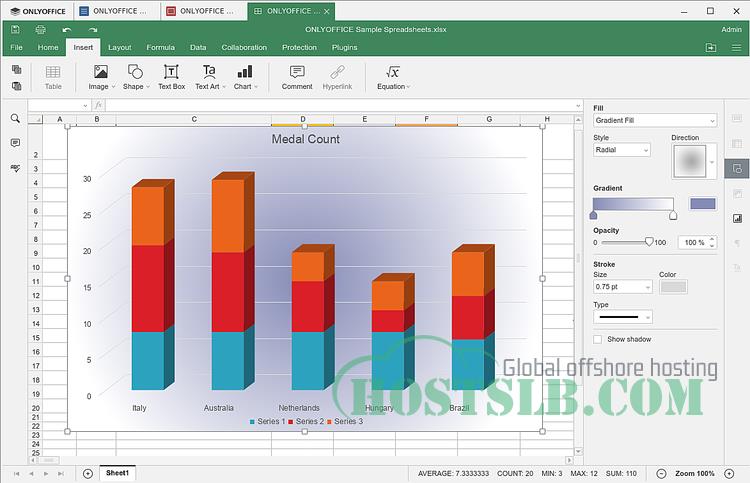 How to install ONLYOFFICE Desktop Editors 5.4.1 from Flatpak on LinuxONLYOFFICE Desktop Editors is the free open-source office suite distributed under GNU AGPL v3.0. It comprises editors for text documents, spreadsheets, and presentations working offline.The latest update (v.5.4.1) brought several enhancements such as:more chart customization options in all the editors;watermarks and print areas in document editor;spellchecker and new Formula and Data tabs in spreadsheets;new Group/Ungroup features in the Data tab;Headers&Footers in spreadsheets and presentations;improved color schemes, slide

How to Install AirSonic Media Server on CentOS 8AirSonic is a free, open-source and web-based media streaming server that allows you to access your music from the central location. Airsonic is compatible with any audio/video file format and also able to stream over HyperText Transfer protocol. It is a self-hosted media streamer written in the Java language and able to handle very large music collections. It runs on most operating systems including Windows, Linux and Mac OS.In this tutorial, we will show you how to install AirSonic media streaming server on CentOS 8.PrerequisitesA server runnin

How to Install Apache Maven on CentOS 8Apache Maven is a software project management tool based on the POM (Project, Object, Model) concept. Maven is a build automation tool used primarily for Java-based projects, but can also be used to build and manage projects written in C#, Ruby, Scala, and other languages. It not only describes how software builds but also its dependencies.In this tutorial, we will show you step-by-step how to install and configure Apache Maven on a CentOS 8 system.PrerequisitesCentOS 8Root privilegesWhat we will do:Install Java OpenJDK on CentOS 8Download Apache Maven Bi

How to Manage Packages with pkg Binary Package Manager on FreeBSD 12FreeBSD is an open-source Unix-like operating system used to power modern servers, desktops, and embedded platforms. A large community has continually developed it for more than thirty years. Its advanced networking, security, and storage features have made FreeBSD the platform of choice for many of the busiest web sites and most pervasive embedded networking and storage devices. Giants like Netflix, Yahoo!, WhatsApp, BBC, and Sony use FreeBSD in some form. The FreeBSD system is not as widely known as Linux mainly because Linu

How to Setup MariaDB Galera Multi-Master Synchronous Replication using Debian 10MariaDB offers two different high availability (HA) and clustering solutions. The first is standard MariaDB master/slave replication which can be configured in varying topologies mainly for load balancing, HA, and backup purposes. The second is MariaDB Galera, a multi-master synchronous clustering solution. Its main features are as follows:Multi-master: All nodes in a Galera cluster can perform both read and write operations, offering better scalability.Nodes can join a cluster automatically, and are evicted upon f

How to Setup iSCSI Storage Server on Ubuntu 18.04 LTSiSCSI stands for (Internet Small Computer System Interface) is a Storage Area Network (SAN) protocol that can be used for online storage management. It is an IP-based storage networking standard that provides block-level access to storage devices by carrying SCSI commands over a TCP/IP network.iSCSI consists of two components iSCSI target and iSCSI initiator. iSCSI target is a service on iSCSI server that offers access to the shared storage and iSCSI initiator is an iSCSI client that connects to the target and access the shared storage.In th